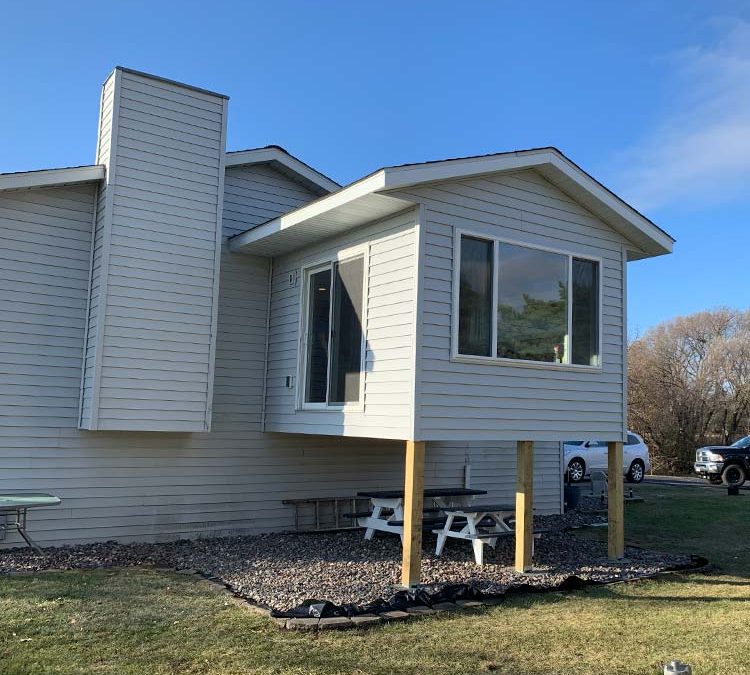 If you have ever visited someone in a tropical state like Florida or Hawaii, then you have probably admired their lanai – basically a large, airy room-like porch with screened or open walls.

A lanai just can’t be as useful in a state like Minnesota or North Dakota. Screened-in walls would do nothing to lock out our surly winter, and if you tried to spend five minutes of summer in a room without screens the mosquitoes would pick you up and carry you away like the Wicked Witch of the West’s winged monkeys.

In the Midwest, you are fairly limited to either a three-season porch or a four-seasons room. But what is the difference between these two living spaces, and which one should you choose for your own home’s newest addition?

What Is a Three Season Porch?

A three-season porch omits winter. To be certain, this isn’t because a three-season porch only has three walls – it is a completely enclosed space that is not attached to the home’s HVAC system, so it is reliant on the sun and fans to control its own temperature.

By leaving HVAC and possibly even electrical wiring out of the equation, it is relatively easy for a contractor to convert an existing deck or patio into a three-season room. And while we do know people who enjoy their three-season porches during the winter thanks to the magic of space heaters, the fact that these rooms aren’t insulated means those people are forced to leave their space heaters on whenever they’re inside.

What Is a Four Season Room?

Whereas a three-season porch is more of a glorified deck upgrade, a four-season room can rightly be considered a proper addition to the house. A contractor has to follow all the same codes while building a four-season room; that means your own would have insulated walls, thermal protection windows, and the same heating and cooling which your HVAC system would deliver to the other rooms in your house.

Three Season Porch vs. Four Season Room: Which Is Better?

A three-season porch is a lovely place to have coffee and do crossword puzzles – but only on warmer days. Although a three-season porch is both air and watertight, its lack of heat really does suit its name. A four-season room, on the other hand, provides the freeing sense of being outdoors all year long, even when the Midwest’s seemingly endless winter would have quickly frozen you solid.

A three-season porch’s greatest advantage is its cost. By leaving out so many materials which would have made it habitable in the winter and skipping certain building codes, adding a three-season room to your home’s back or front porch is surprisingly inexpensive.

A four-season room takes longer and costs more to build. It requires an actual foundation just like the other rooms in your home, and all those energy-efficient features translate to a significant investment in labor and materials. But this investment isn’t wasted. A four-season room doesn’t just add several more months of use to your outdoor living space – it also appreciably improves your home’s market value.

Who Should I Hire to Build My Three Season Porch or Four Season Room?

That’s the easiest question in the world: the answer is Angell’s Construction. Our locally owned contracting business has already built hundreds of three-season porches and four-season rooms for our clients throughout Minnesota and North Dakota. Our experience and extensive knowledge of our industry’s best construction materials represent the longest-lasting, most attractive outdoor rooms the Midwest has to offer.

If you’re still unsure whether you would prefer a three-season porch or four-season room, and would like to know more about the costs and benefits associated with either type of addition, then we hope you’ll contact us today for more information!